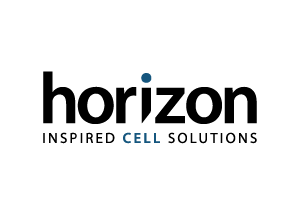 Horizon Discovery drives the application of gene editing and gene modulation within the global life science market – supporting scientists on the path from research to therapy.
The company was founded in 2007 by Dr Chris Torrance and Professor Alberto Bardelli, based upon their proprietary gene editing technology that utilized a recombinant adeno-associated virus (rAAV), to enable the creation of tailor-made cell lines with almost any genomic modification.
Focused on understanding oncological mechanisms, they were able to create their first cell lines – cells containing precisely engineered, disease-associated mutations for some of the most extensively studied oncology genes, such as KRAS, PIK3CA and BRAF.
Although highly precise and more efficient than the conventional plasmid-based approaches of the day, they would still have to screen thousands of clones for every gene editing experiment in order to find a positive. Thus, in 2013, with the aim of significantly improving efficiency, Horizon began licensing nuclease-based genome editing technologies: Zinc Finger Nucleases (ZFNs) followed soon after by CRISPR Cas9. These nucleases not only dramatically improve the efficiency of homologous recombination, but can also be used to rapidly and efficiently knockout genes through error prone repair.
It is these mechanisms that Horizon used to begin the systematic generation of an extensive collection of so-called ‘knockout’ cell models, offered today as ‘off-the-shelf’ cell lines that model the disease-causing mutations found in genetically based diseases.
In 2017, Horizon acquired Dharmacon Inc. As leaders in custom RNA synthesis, Dharmacon, Inc. had been an early participant in the field of RNA interference (RNAi) having contributed several key scientific findings and some of the first commercially available reagents. This acquisition added significantly to the Horizon portfolio enabling the company to offer solutions in all aspects of RNAi interference: siRNA, lentiviral shRNA, tools for microRNA research and genome scale libraries for RNAi functional screens of genes, microRNAs and long non-coding RNAs as well as a suite of innovative CRISPR-Cas9 gene editing tools.
The ability to alter almost any gene, or modulate its function, using the most appropriate solution (CRISPR-Cas9, ZFN or rAAV) in human and other mammalian cell lines has enabled Horizon to build up an extensive offering for the life science market.
Today, with decades of experience in the engineering of cell lines, Horizon offers an unmatched portfolio of tools and services to help scientists gain a greater understanding of gene function, identify genetic drivers behind human disease, deliver biotherapeutics, cellular and gene therapies for precision medicine as well as develop and validate diagnostic workflows.
The company has grown rapidly, with offices in the UK, Europe and the U.S. Customers include many of the world’s foremost academic institutes, global pharmaceutical and biotechnology companies as well as clinical diagnostic laboratories. Insight into the challenges faced by these organizations enables the company to focus efforts on development of innovative solutions that not only differentiate the company’s offering, but also fuel development of the next wave of precision medicines.
Patents and Intellectual Property
Horizon places great value on intellectual property, in-licensing important technologies to ensure that the business and the customers using the company’s tools and services have the freedom to operate. Several novel patents (accepted or pending) demonstrate the company’s commitment to innovation